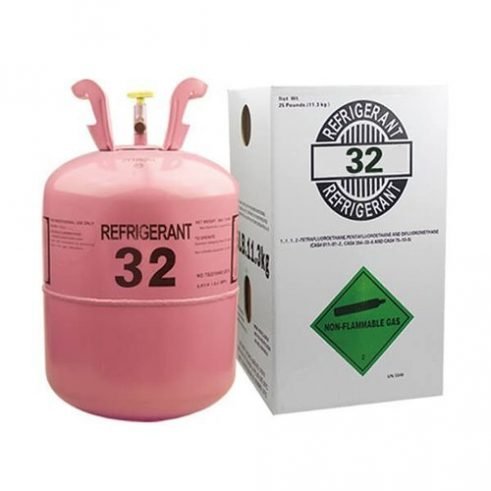 What Is R32 Refrigerant

R32 refrigerant is also known as difluoromethane and belongs to the HFC family of refrigerant. This gas is poised to replace the other gaseous such as R-410A and R-407C as the preferred gas due to its lower Global Warming Potential. Its chemical formula is CH2F2.

As a result of the Montreal Protocol 1987 to phase out ozone depletion gaseous, the R-410A and R-407C are refrigerant blends that are used to replace ozone depletion refrigerants such as R22 as both of these gaseous have zero ODP(Ozone Depletion Potential). Difluoromethane constitutes a significant portion in both of these gaseous hence its availability in the market is not an issue.

The discovery of the greenhouse effects of refrigerants that are used to replace ozone depletion gaseous have prompted the players in the HVAC industry to look for better refrigerants. The global warming is a serious problem that is plaguing the world and the overall temperature of the earth has been rising.

This prompted many manufacturers to begin to plan phasing out refrigerants such as R-407C, R-410A, R-134A and replace them with lower GWP such as R32. It has a boiling point of -51°C.

R32 uses 78% lesser refrigerant to operate compared to R-410A and most newer products in Japan have been phasing in this refrigerant since 2013.

This gas is categorized under flammability level A2( ISO 817:2014) hence care has to be taken when using this gas. It is very close to R-410A in terms of operating conditions and performance. Other refrigerants that are being considered for use in the future are R1234yf and R1234ze.

See the table below that compares the GWP and ODP of various refrigerants based on IPCC(International Panel On Climate Change) 2007 Fourth Assessment Report on Climate Change over a 100-years of time horizon.

Take note that carbon dioxide has a GWP of 1 and ODP of 0.

It is reported that if the plan to phased out ODP products are adhered to, the ozone layer will go back to its condition as in the 1980s. This is good news and all effort should be taken to phase out non-zero ODP causing products.